Our School » About Us

History
The building that is now South Greene Middle School was originally DeBusk Elementary. DeBusk's long legacy of service to the community enriches South Greene Middle School's history.
The original one-room community school building was built in 1901. In 1914, after a full day of school, it burned and was rebuilt. Later, the old school was replaced with a brick building that consolidated the former Fraziers, Links, Mt. Airy, and Walkers Elementary Schools. The more modern building had six classrooms, a cafeteria, kitchen, office, and bathrooms. In 1949, Madeline Harmon wrote the school's Alma Mater. In 1959, three classrooms were added because of enrollment growth. In 1962, a small gymnasium/cafeteria was built; and the kitchen was enlarged and modernized. In 1972, another wing with four classrooms, two smaller rooms, additional bathrooms, and a library were constructed. During the refurbishing of the gymnasium in 1995, the workers discovered crumbling cinder block walls. Shortly thereafter, the gym was condemned; and a new full-sized gymnasium, a cafeteria, and two offices were built to replace it. Outdoor facilities including an outdoor classroom and new play equipment were also added. Then in 1998/99, a ball field and middle-school pod consisting of six classrooms were built. In 2000, a portable classroom was added to house two kindergarten classes.
Today, the old DeBusk Elementary School is now known as South Greene Middle School. While DeBusk Elementary held a special place in the hearts of our community members, we have now brought together Camp Creek, DeBusk, and Nolichucky. All three communities have very proud roots, but we are looking forward to this new chapter of our school's history as we seek to better serve our students and forge a new future.
Our Journey
Alma Mater by Madeline Harmon, Circa 1949
Near the purple mountains in the land we love
Stands a dear old building on a hill.
Where the flag waves proudly from its staff on high,
It's the dear old Alma Mater that we love.
Sing hurrah for Old DeBusk, the school that we attend.
May its banner always wave unfurled.
We will always cherish the fond memories of her.
She's the finest school in all the wide, wide world.
Historical Photographs
This original school was built in 1901 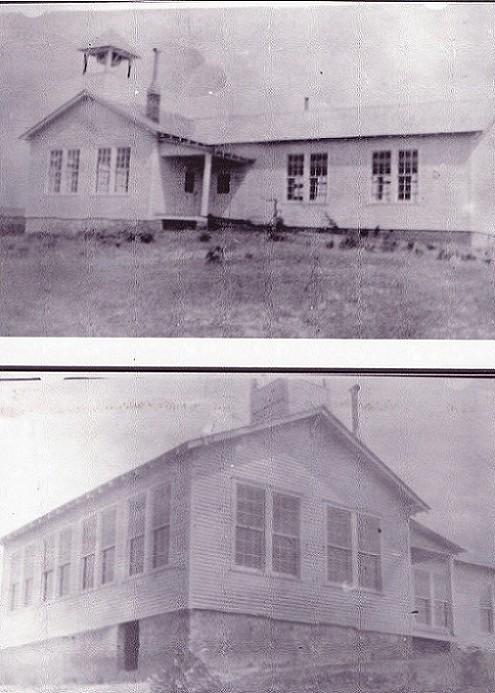 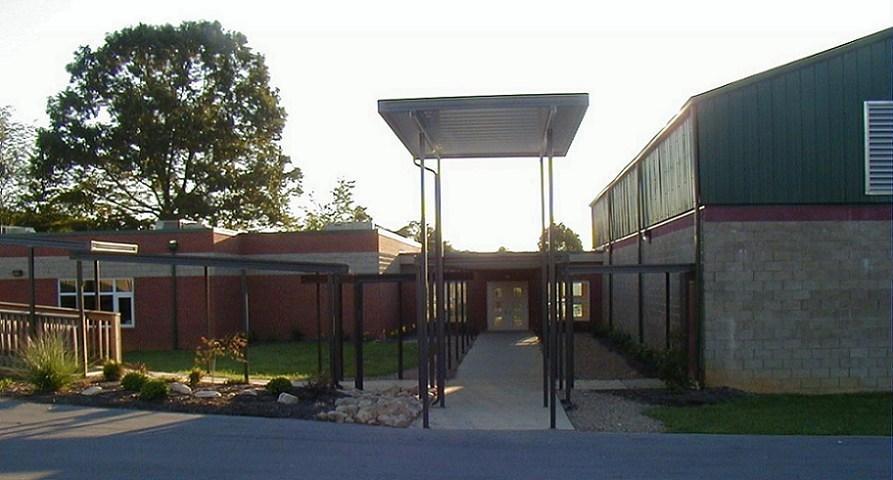 Photos of Outdoor Facilities
Fourth grade students, with the help of parents and teachers, planted native Tennessee plants and created an outdoor classroom in 1997-98. That summer, 12 Bradford Pear trees were planted, a new sign was erected, and the playground was improved. Then, at the end of the 1998-99 school year, a new ball field was developed.

During the 1998-99 school year, our middle school pod was built; and we were able to move into the six new classrooms in March. The parking lot was paved during the summer of 1999...
Middle School Pod Photos

During the 1998-99 school year, our middle school pod was built; and we were able to move into the six new classrooms in March. The parking lot was paved during the summer of 1999..